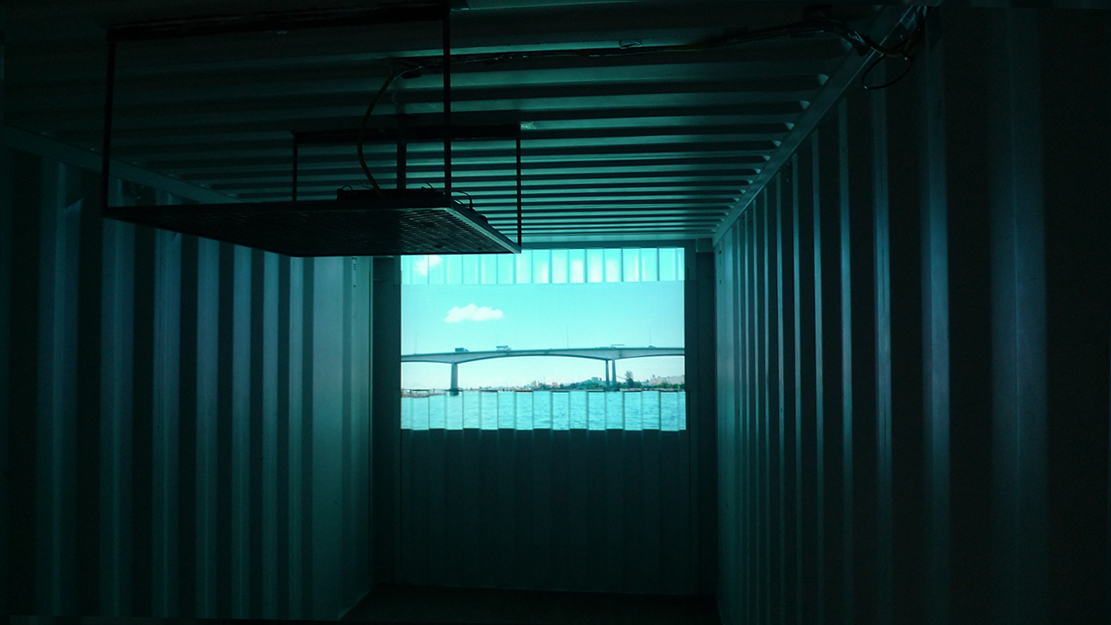 Deanne Achong and Faith Moosang took a boat trip around Lulu Island, Richmond and filmed the island from the vantage point of the Fraser River. From the footage captured they created a video loop that echoes the journey they took. Large-scale industry and gorgeous vistas exist side by side on the periphery of Lulu Island. The edge of the island reveals its specific and still unfolding history– from wilderness through agriculture to resource extraction.

The sound track uses a blend of an 1888 wax cylinder recording of Handel’s Israel in Egypt and a 1934 version conducted by Sir Thomas Beecham. The Handel wax cylinder is one of the earliest recorded sounds in audio history. The recording is a tenuous representation of the Oratorio that is not obviously music – slipping into sounding like drums, trains, machinery and even wildlife. 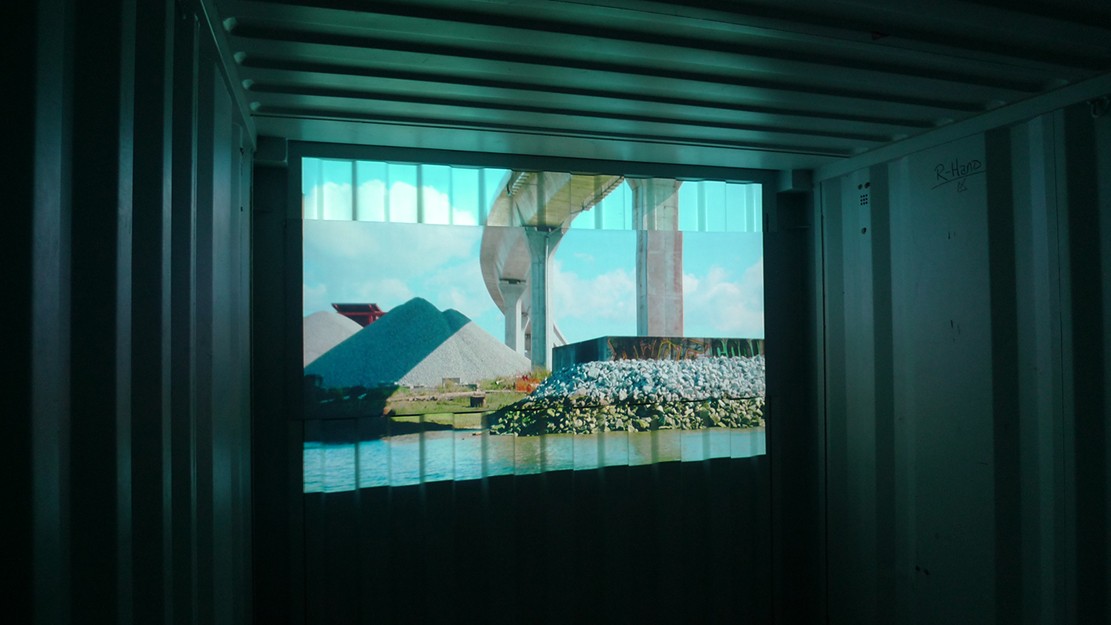 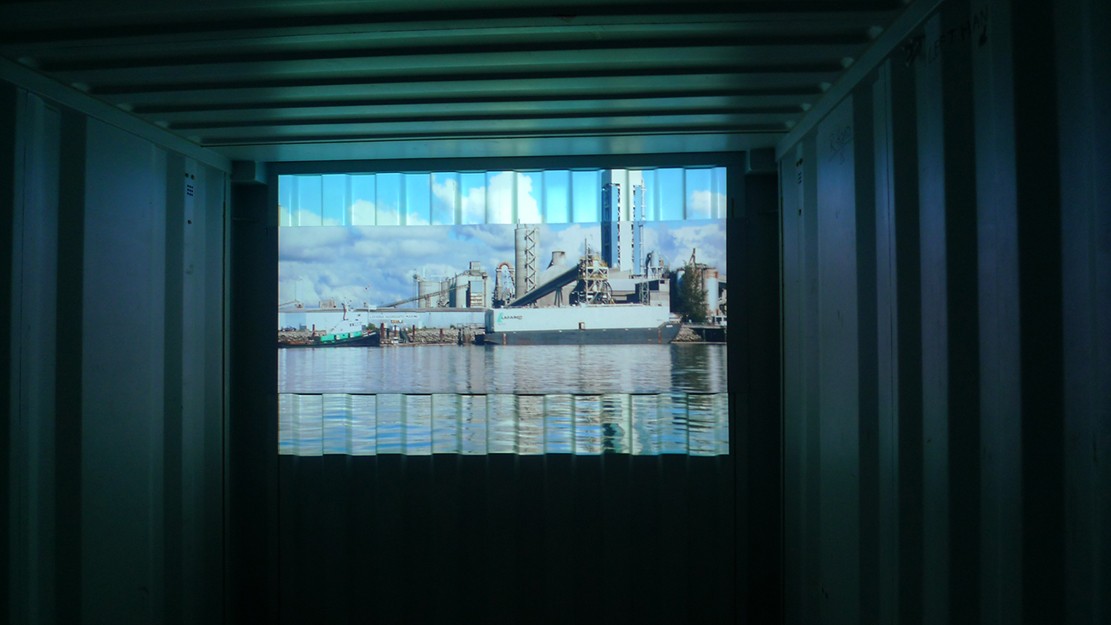 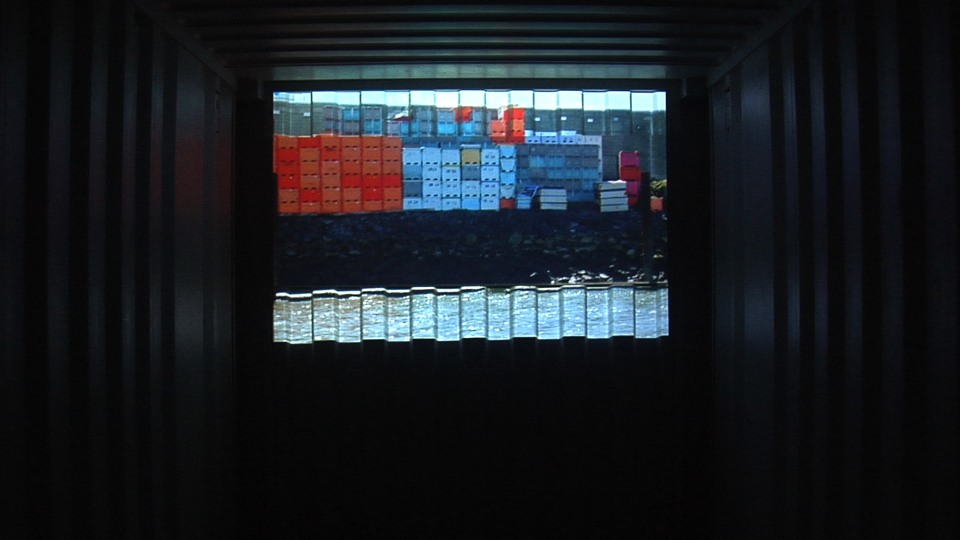 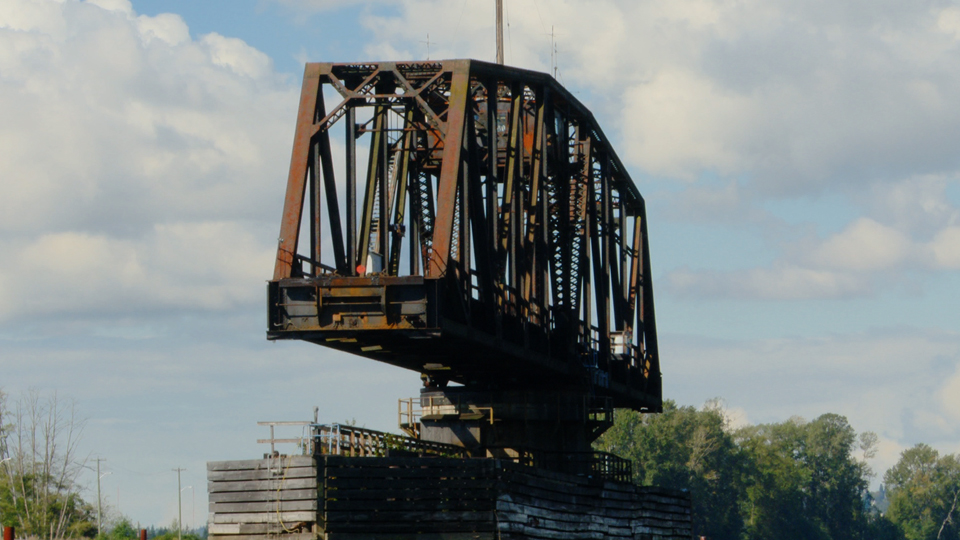 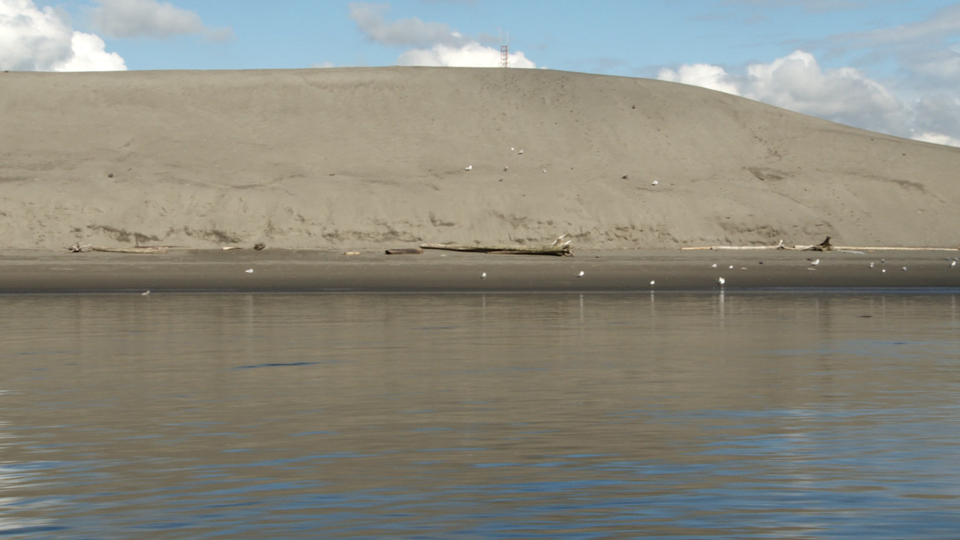 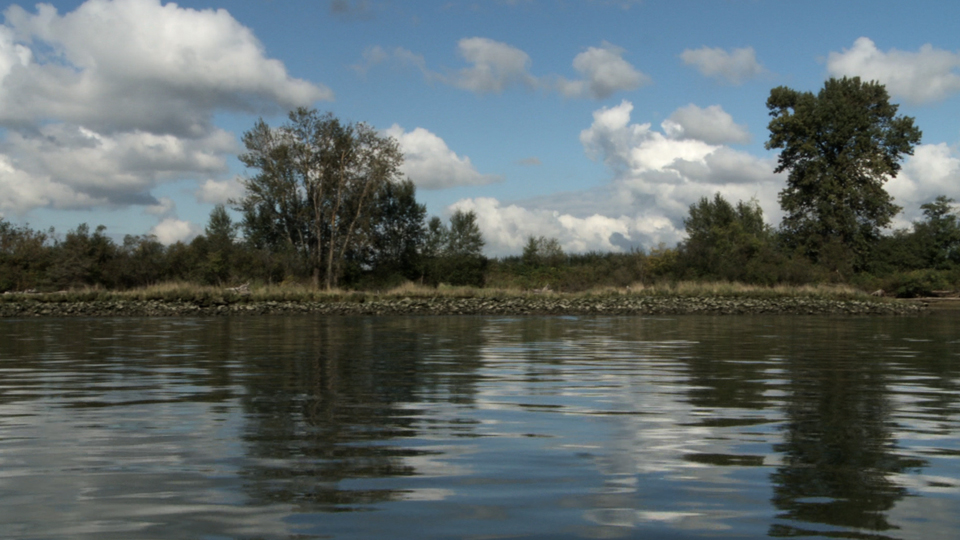 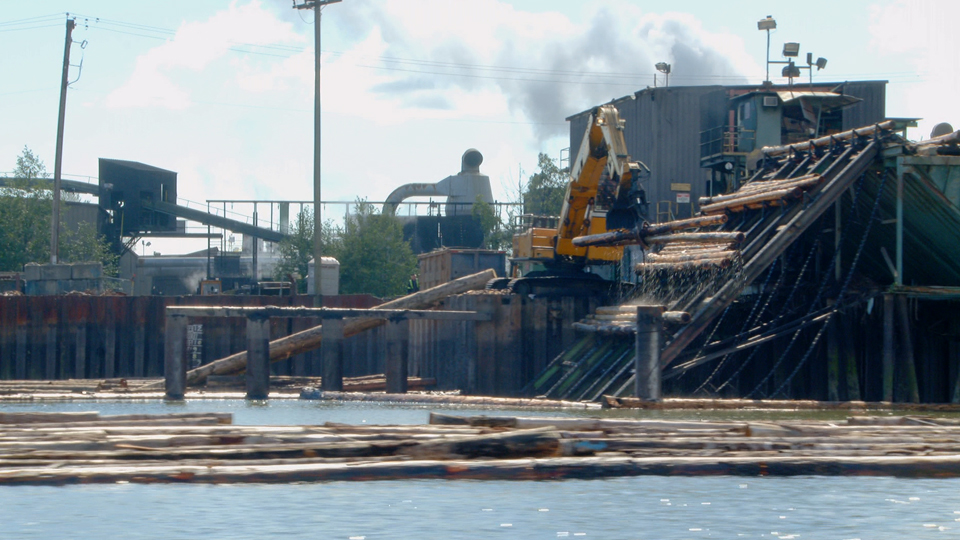 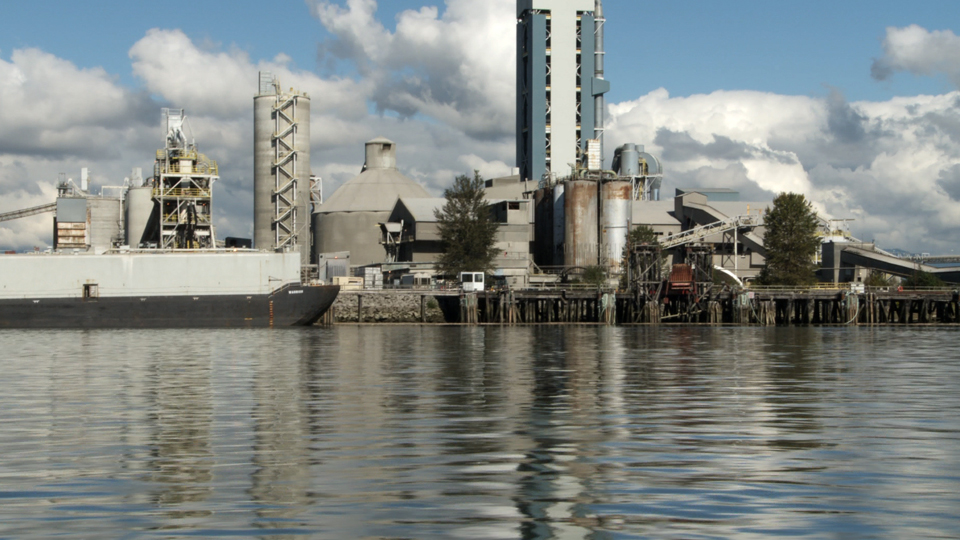 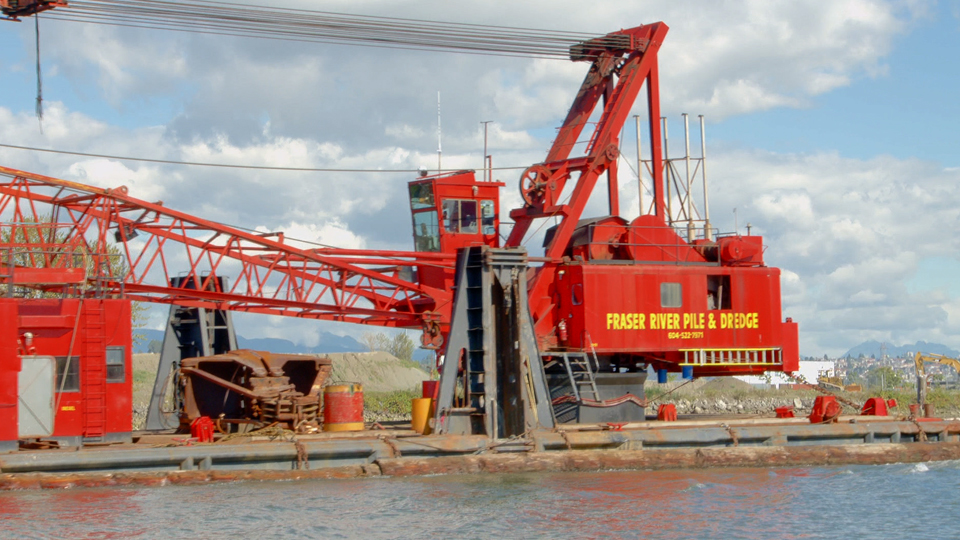 Island (2014), was commissioned by the City of Richmond’s Public Art Program. It was first presented at the Your Kontinent Film & Media Arts Festival in a shipping container in the summer of 2014. Thanks to Yun-Jou Chang and Lynn Chen for inviting us to participate. Many other people deserve our sincere thanks, in particular Eric Fiss, Public Art Planner, retired boat captain, Joe Wideski, Rob Simpson, videographer, and Elisa Yon, Public Art Project Coordinator. View a complete list of credits and thank yous here.